Suppose you’ve written a novel, submitted it to literary agents and publishers, and found no takers, Chances are you’ve had little or no substantive feedback of explanation of where your work fell short. Because they receive such daunting quantities of submissions, agents usually stop reading as soon as they determine that a book is not for them. Not only do they not have time to write critiques of books they’re rejecting, in most cases they haven’t even read the whole book. The result is an enormously frustrating Catch 22 for writers. It’s difficult to get good enough to publish without smart, detailed feedback; but you don’t get that feedback until your work is sold. Writers can end up with enough rejections to paper a room and no idea of why. 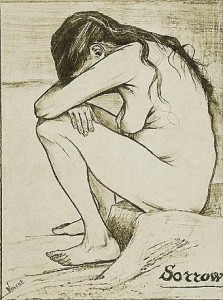 At that stage, many writers pack it in. Either they shelve the book or they self-publish it in its current form, just to get it out there. Other writers double down by looking for an editor or workshop to help them hone the book before starting a new round of submissions or self-publishing. My last post, Have Red Pencil, Will Travel?, considers whether and when it makes sense to seek out professional help in the form of an edit, an evaluation, or a writing workshop.

Full disclosure: I’m a writing teacher myself, and I also do fiction evaluations and edits. I’m not drumming up business, though; in fact, I’ve put my workshops and editing work on hiatus while I work on the sequel to A DANGEROUS FICTION.

When it comes to hiring an editor, it’s buyer, beware. Anyone can call himself an editor. There are no official credentials, so it’s not like calling yourself a lawyer if you haven’t passed the bar, or a doctor if you never went to med school. Before spending money on a hired gun, better make sure he can shoot. Make sure, too, that the work you submit to the editor has already been edited to the absolute best of your ability. That will ensure that you get feedback on things you didn’t see yourself, instead of on stuff you already meant to change.  This post will provide some criteria to use in choosing an editor or writing teacher. The guidelines are similar but not the same, so I’ll present them separately. First up: what to look for in an editor.

1. Substantial, verifiable experience. Ideally, the editor will have worked for a major publishing house, or written for one. Academic credentials help—a professor of English will catch your grammatical mistakes—but the most helpful editors also have a background in publishing. And don’t just take their word for it; google them.

2. Track Record. Your goal is to get published, so you want an editor who’s helped other writers get there. There are no guarantees of success, but why not choose an editor whose students have sold books to commercial publishers? Note the word “sold.” Students who self-publish don’t count as a teaching creds. Many editors have testimonials and lists of published work on their websites. If not, feel free to ask.

3. No Inflated Claims. Any editor who promises or even implies that with his help you will sell your work is either a huckster or shilling for a vanity press. No one can make that promise, and no reputable editor would. All he can reasonably claim is that the book will be better than it was, and you will learn something about writing in the process. 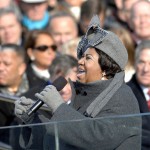 4. R-E-S-P-E-C-T. Look for an editor who enters into what you’re trying to accomplish, rather than imposing his own style and ideas onto the work. Editors have to be frank to be effective, but they shouldn’t run roughshod over their clients. You should come away from an edit feeling energized and enlightened, not steamrolled. Part of respect, though, is honesty. A serious critique from someone with professional standards can sting, especially at first; but if it’s too soft, you’re not getting value for money.

5. Expertise in your field. There’s no point hiring a brilliant science fiction editor if you write romance. Look for an editor who’s worked in your genre. If you’re not sure, ask.

6. Sample. Most important! Not every editor is right for every writer, and the only way to find out is to ask for a sample edit. Serious editors don’t take on every job that comes alone, so they’ll be happy to do this; they may even require it. The sample can be anything from a couple of pages to the 5000 words I read in my “Special Offer;” the cost should be nominal. Look for an editor who isn’t just making changes or correcting mechanical errors, but also teaching you something you didn’t know about writing. Send the opening pages; the feedback you get on those will be the most valuable. If you get a sample and you’re not sure the editor is right for you, keep looking.

One alternative to hiring an editor is taking a writing workshop, as rigorous as possible. Look for one that allows you to work on and share parts of your novel. In my next post, I’ll list some criteria for choosing a writing teacher. With the explosion of online classes as well as those offered in brick-and-mortar institutions, writers these days have many good options to choose from.

If you find these posts useful, you might want to sign up for the URL feed or subscribe via email. And now I’ll say goodbye for a little while. I’m going on vacation, and will be back posting on the weekend of November 17. But I’ll check in for comments, and would love to hear your thoughts about and experience in working with an editor.