No one writes for his desk drawer. Books are a means of transmitting stories, ideas, history, experience, and emotion; and that transmission can only succeed when the books are read. But to be read they must first be discovered by readers, and therein lies the rub. Books need publicity the way lungs need oxygen, but with so many competing for attention, how can writers attain their moment in the sun? 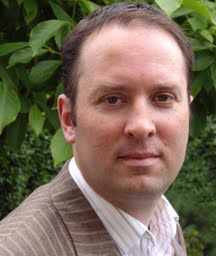 Recently I had the chance to pick the brains of Ben Cameron, founder of the London-based Cameron Publicity and Marketing. (Rather a violent metaphor, when you think about it, but I promise no publicists were injured in the production of this post.) We talked about what sells books, how writers can help (and hurt) themselves, the role of independent publicists and what to watch out for, and much more. Have a read, then tell me what you think.

Barbara:  Tell me a bit about yourself and your company. What made you decide to focus on publicity and marketing for books?

Ben: I always loved books so when I finished university in the US and moved to the UK 20 years ago it was always my intention to work in publishing in some way. My first job in the industry was with a book wholesaler and it was there that I discovered marketing and publicity – I love the strategy and to creatively think my way around problems (marketing), and I’m a pretty decent talker (publicity). I was there for a few years before moving to a publishing company and then setting up my own agency.

Barbara:  Once, at a publishing party, I heard one well-known publisher admit that he really had no idea what sells books, while others at the table nodded. Do you know? Has anyone studied the question?

Ben: Great question!  There is no one answer. What we do is push books toward people and push people toward books and to a large degree we can influence sales. But for a big seller there is also an element of luck and magic that has to happen. The spark that made Harry Potter a phenomenon was awards, a marketing and publicity thing, but there was also a kindling of goodwill and great writing that needed to be there as well. Why did 50 Shades of Grey become a hit? I have no idea – erotica was certainly nothing new but it seems like its time had come and that book was in the right place at the right time. It was lucky, but a publicist did get it in the position that it needed to be in to become THAT book.

Barbara:  Can you give an example of a publicity/marketing campaign that elevated a previously unknown or little-known writer to the bestseller lists? What do you think made it so successful?

Ben: A good example is the book Thinking, Fast and Slow by Daniel Kahneman. It is a big publisher book (Penguin) but an interesting example of how to position a book for the market. This is a very academic psychology book that was promoted as popular science/business like Freakonomics or Malcolm Gladwell books. There were great little examples and excerpts from the book that were used for publicity to get it into the media in places that would not normally be interested in such and an in-depth and difficult to read book. A lot of what publicists do is to emphasize the more popular aspects of a book.

Barbara:  Effective publicity services don’t come cheap. Are they a good investment for all writers? If not, what sort of writer should consider hiring a publicity and/or marketing firm?

Ben: They aren’t cheap because it takes a huge amount of time and finesse to run an effective publicity campaign. A very academic book or a poetry book, for example, is not going to benefit much from a campaign – there just aren’t enough media outlets that will cover them – while something that can capture the imagination of a wide audience can pay back the cost many times over. Genre fiction is great for a shorter campaign, say 4-6 weeks, as that is enough time to reach its audience. Non-fiction often suits a longer campaign depending on the author and topic.  The important thing is to have a publicist explain why they think a certain style of campaign will suit the book and to feel comfortable with that explanation. 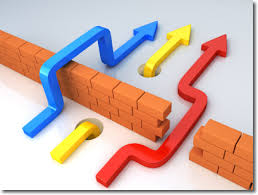 Ben: Yes, there are barriers but they are getting less significant every day. Getting reviews in the big newspapers is almost impossible still for obviously self-published books, but a lot of self-published books actually slip past the gatekeepers because they look as good as books from traditional publishers. To my mind feature articles and interviews are much more important than reviews anyway, and the journalists who do them care less about where a book came from than telling a good story. Most media understand that they need to include self-published books now but have difficulty knowing which books are worth consideration. That is where a good publicity pitch can go a long way.

Barbara: Has the consolidation of retail outlets (i.e. Amazon) affected your publicity and marketing strategy, and if so, how?

Ben: It isn’t good in many ways, but Amazon has been great for marketing. A customer can read about a book and instantly purchase it online. That is incredibly powerful for sales. Ebooks play into that as well – I myself will often read a review, buy the book immediately on my Kindle and start reading it within a minute. All that said, I personally love nothing more than going through the shelves in a good bookshop and placement of bookshops and bookshop events are helpful as well.

Barbara: What are the most effective ways for writers, both published and self-published, to help their own books and careers?

Ben: If you can afford a campaign it can really give you a long-term boost, but if not you can also buy-in the tools that you need to do the job yourself. You can pay only for a professionally written press release or a media mailing list or a listing on NetGalley (a website that showcases books to journalists, bloggers and reviewers) and it won’t cost an arm and a leg.

Barbara:  What are the biggest mistakes you see writers make in promoting their own work? 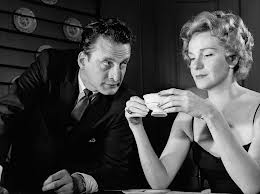 Ben: Not following up. Just sending out emails, review copies of books or press releases will get you almost nowhere. There needs to be a proper sales pitch made to the journalist explaining, in no uncertain terms, why the book is important. The author needs to be persistent and not get discouraged if they get no initial response. It takes a lot of time and effort and many people give up before they have really made the case for their book.

Barbara: A great many publicity and marketing services have sprung up to service the boom in self-published books, and some of them seem sketchy to me, offering expensive services that are unlikely to prove effective. What questions should writers ask prospective service providers? What should they beware of?

Ben: Like every part of self-publishing, the sharks are out there and there are plenty of poor services on offer. Do your research, talk to someone at the company or meet them in person and make sure that you are comfortable that they understand you and you book. Be wary of anyone who “guarantees” results – those results may well be on their own blog or podcast with very little audience, and publicity just doesn’t work in that way. Go for experience, a campaign designed specifically for you, a company that will regularly give you feedback and someone who “gets” your book.

Many thanks to Ben Cameron for sharing his time and expertise with IN COLD INK.  He can be reached on Facebook and on Twitter at @CameronPMtweets .

You might also enjoy these interviews with leading literary agent Gail Hochman, Simon & Schuster publisher Marysue Rucci, and publishing specialist Elizabeth Lyon. There are lots more to come, too, so do consider subscribing to IN COLD INK through links on the right.

13 thoughts on “The Inside Scoop: A Publicist’s Take on Book Marketing”