I’m delighted to welcome Jenny Elliott to In Cold Ink. Jenny is the author of SAVE ME, a delightful blend of paranormal and romance. She’s also a lovely person and, I’m proud to say, a former student of mine. Jenny’s first book sold to Macmillan and came out last month to terrific reviews: a very happy ending to a long journey that almost didn’t happen. But I’ll let Jenny tell the story, and I’m guessing quite a few readers of this blog will relate. 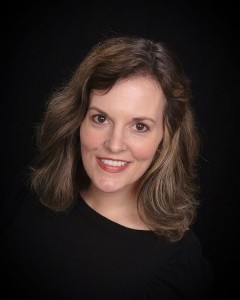 On January 6th, 2015, Macmillan published my debut paranormal romance novel, SAVE ME, under its Swoon Reads imprint. Swoon Reads is a crowd-sourced publishing model, so I landed that contract without an agent. And Macmillan also has an option on my next novel. Needless to say, I’m glad I picked up writing fiction again, after a nearly fifteen-year hiatus.

I’m not proud of myself for giving up my fiction-writing passion for so long, especially one that ultimately rewarded me with a Big 5 publishing deal. But I hope that my story will prevent others from quitting like I did. I’m confident that it can, because I’m sure I’m not the only writer who’s sensitive about her writing. It’s a scary thing to send our creative “babies” into the world, even if only to trusted readers, for feedback.

From the beginning, fear of feedback wasn’t my biggest concern, though. I welcomed constructive criticism. What I got instead, unfortunately, was what I deemed, “the dreaded silence.”

At age eighteen, I’d written 200 rough pages of a novel. I shared an excerpt with family and friends, then waited for feedback. No one said a word. I heard a message all the same, though: “Your writing is so bad that we don’t want to hurt you by saying so.” Sadly, I felt plenty hurt by their lack of response.

I didn’t write another word of fiction again until I was twenty-three, when I decided to edit the novel I’d begun when I was eighteen. Again, I gave an excerpt to a few trusted friends. Again, I suffered the dreaded silence. This time, I turned to studying non-fiction, which I also appreciate, but don’t enjoy as much as fiction.

One marriage, two property purchases, three children, and a full kitchen and flooring remodel later, I was losing my mind. I credit my impending insanity at the time for my escape into fictional worlds. I became an avid fiction reader, and one particular story idea brimmed in my mind and coalesced into a full outline that demanded to be put to the page in novel format.

I was incredibly pleased to have completed my first rough draft of a full novel. Now that I was in my thirties, I figured my age, at least, would garner respect, and therefore feedback, from readers. I sent my entire manuscript to a handful of family members and friends. To my dismay, the dreaded silence once again loomed.

In defense of my solicited readers, 250 pp. is a huge reading commitment. I should have shared an excerpt. All the same, I sank into the biggest funk yet over my writing. I desperately wanted honest, and preferably helpful, feedback.

I turned to Google and found Barbara, who would become my mentor. At the time, she was offering a special for a critique of a writer’s first 10 to 20 pages of a work of fiction. Finally, I received thorough, thoughtful, honest, and professional feedback. I had a lot to learn, but Barbara saw potential in my writing. I was elated.

The first of Barbara’s Next Level  courses I took was One Good Scene, in which I began to learn to hone my craft. Next, Barbara invited me to her Revising Fiction course, where I worked to shape and sharpen my novel. Then I queried agents.

Actually, like many beginning writers, I started querying way too early, with what was essentially a spruced up first draft. Not surprisingly, there were no takers. After Barbara’s Revising Fiction course, however, I received four full requests. Each agent took months to review my story and ultimately passed. Nearly a year had gone by.

In addition to the critique partners I became involved with in Barbara’s courses, I also joined CritiqueCircle.com. One of my critique partners from that site encouraged me to submit my novel to SwoonReads.com. Needless to say, I’m glad I did so. Readers and writers, as well as several editors on the Swoon Reads staff, including the sales director, were impressed with my novel. Ultimately, I landed a Big 5 publishing contract through Macmillan, who also has an option on my second novel. Because of that, I’m looking for an agent to work with me on future projects. At the end of the day, I can’t do much else but be grateful for such blessings. My story is a happy one to share.

Of course, my story could have been a lot less happy on the writing front if I hadn’t come back to the fiction-writing craft. And if I hadn’t found a mentor like Barbara. Or if I hadn’t developed critiquing relationships with other writers. Those things have hugely contributed to my success. I hope my example will also contribute to yours.

Thanks, Jenny, and congratulations!

To my writer friends: I’m going to be offering classes again very soon, starting with ONE GOOD SCENE, and as always the first notice will go out to folks on my emailing list. I keep these classes very small in order to provide lots of personal feedback, and I don’t offer many of them; so they tend to fill up fast. If you’re interested, drop me a line at next.level.workshop (at) gmail (dot) com and I’ll put you on the list to be notified when the course opens for registration.

3 thoughts on “The Dreaded Silence: How I Nearly Gave Up Writing”