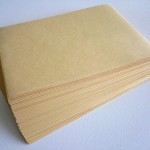 To a writer, the most terrifying sight in the world is a blank piece of paper. A journey of 1000 miles starts with a single step, according to the Chinese philosopher, but as long as the direction is known, the first step is obvious. A novel begins with a single sentence—but what sentence? The possibilities are infinite; the choice alone can paralyze.

And the sentence matters. Ursula Le Guin once said that first sentences are doors to worlds; it follows that each sentence is the door to a different world. The best ones, I think, awaken readers’ curiosity and make them immediately want to know more. The best lines also convey a sense of the novel’s world and of the voice that will be their guide to it. Here are a few of my favorite opening lines: see if you don’t get a pretty good sense of what worlds they open into…and a lot else besides.

“She had slept naked all her life, and no one knew it.”–Eileen Jensen

“True!-nervous-very, very dreadfully nervous I had been and am! But why will you say that I am mad?” –E.A. Poe

“There once was a boy by the name of Eustace Clarence Scrubb, and he almost deserved it.”– C.S. Lewis.

“They threw me off the hay truck about noon.”–James Cain

“Helen Brent had the best-looking legs at the inquest.”–James Gunn

“They were walking along the river path, away from the city, and as far as they knew they were alone.”– Pat Barker

“As Gregor Samsa awoke one morning from uneasy dreams he found himself transformed in his bed into a gigantic insect.”–Kafka

“Lolita, light of my life, fire of my loins. My sin, my soul.”–Nabakov

“It is a truth universally acknowledged that a single man in possession of a good fortune must be in want of a wife.”–Jane Austen

When I still taught fiction writing in brick-and-mortar colleges,  there was an exercise I often used to take the terror out of that blank sheet of paper. I challenged students to write three intriguing sentences: each one the first line to a story they had no intention of writing. I wanted to help free their imaginations by taking away the weight of the endeavor. Since they would never have to follow up on anything in that first sentence, it could be as wild as they wanted. Very often, students ended up writing at least one of those stories. Pulling a sentence out of thin air is actually a means of pulling something out of one’s own unconscious, and the results can be compelling.

One day, while I was waiting for my class to complete this exercise, I filled in the time by doing it myself. This is the first sentence I wrote:

“Even though she’d asked for it, Sam Pollack could not help feeling guilty the day he killed his wife.”

The line seemed to come out of nowhere. I had no idea who Sam Pollack was or why he had just killed his wife. Saying that he “could not help feeling guilty” implied that for some reason he shouldn’t have felt guilty or normally wouldn’t have felt guilty, which was certainly odd. And the ambiguity of his wife having “asked for it” also intrigued me; did it mean she deserved it or she requested it?

I was powerfully curious, but there was no one to ask. The only way to find out was to write the story, a notion I resisted. Starting a novel, which typically takes me several years to complete, isn’t something I undertake lightly. It seemed almost frivolous to base one on a line that just popped into my head. But I couldn’t get it out of my mind, and over time, other ideas and embryonic characters attached themselves to it.

In the olden days, when writers still did book tours, there was one question that invariably came up in every Q and A: “Where do your ideas come from?” I used to say that they came from a mail-order idea service, but that was a lie. The truth is, story ideas are all around, like pollen in the air. The trick is picking one that can successfully cross-pollinate with an inner obsession, because it takes more than one strand of DNA to grow a novel.

I liked the line I’d written in class. It hung around, but it didn’t implant until it combined with a character who’d been lurking in the back of my mind and a setting I’d been wanting to explore. When that happened, I suddenly had a viable embryo, which grew into a novel called Rowing in Eden.

What are some of your favorite opening lines, either read or written?

A few notes: ROWING IN EDEN has just been reissued by Simon & Schuster in paperback and ebook. You can read a sample or order a copy via Amazon or B&N.

I teach fiction writing for Writers Digest University and in my own online school of writing, the Next Level Workshop. The workshops are small (eight students max), intense and, by my students’ accounts, effective. The next workshop will be  Revising Fiction, to be offered late in 2012. The best way of getting into any of my workshops is by getting on my e-mailing list, because when classes open for registration, the first announcement goes to those people. If you’d like to learn more or get on that list, please contact me.

Next week I have an interview with Mika Ashley Hollinger, an extraordinary writer whose first novel, 20 years in the making, was just published to great acclaim by Random House. Also coming soon: interviews with bestselling author Diana Gabaldon; e-book pioneer and publisher, Richard Curtis; and literary agent Catherine Drayton of Inkwell Management. Sign up for RSS feed or e-mail notification if you’d like to be sure of catching those.

7 thoughts on “The Birth of a Novel”