The problem with living in the golden age of anything is that you never know it at the time. It is what it is, that’s all. Only much later, when it’s over, do you realize in retrospect what an extraordinary period it was.

I thought about this the other day when I came across a piece in the New Yorker, “Editors and Publisher” by John McPhee: an affectionate appreciation of his two great New Yorker editors, William Shawn and Bob Gottlieb, and his publisher, Roger Straus Jr. It occurred to me that I had known and worked with two of these men, Bob Gottlieb when he was editor-in-chief of Knopf, and Roger Straus Jr. during his long tenure at the helm Farrar, Straus and Giroux. I was, at the time, a young literary agent based in Tel Aviv, representing Israeli writers abroad and American and European writers in Israel. I had moved from New York to Tel Aviv at the age of 22, worked for an Israeli publisher for a year, saw a niche into which I might fit, and at the ripe old age of 23 launched the Barbara Rogan Literary Agency.

The need was there, and within a year or two I was selling rights for publishers like Random House, Morrow, Knopf, Doubleday, Bantam, and Farrar, Straus and Giroux, which is how I met Bob Gottlieb and Roger Straus Jr. To them, I must have looked like a kid who ought to be working in the mailroom. But they treated me with the utmost respect and collegiality, considered my submissions seriously, and talked up the books on their current lists. Knopf shared quarters with Random House and its sister imprints in a handsome, modern building on Third Avenue in midtown, and I would spend whole days meeting various people in those offices. At some point I would be ushered in to Mr. Gottlieb’s office. He was an august presence to me, head of one of the best imprints in the US, and editor of a long list of writers I greatly revered, including John LeCarre, John Cheever, V. S. Naipaul, and Edna O’Brien.  He never took me to lunch – he saw publishing lunches as a complete waste of time, and usually ate in his office – but he was unfailingly gracious and would spend an unhurried hour or so talking about books and publishing with a young agent. He never bought any of my Israeli writers, but I sold a great many of his in Israel, in part because they tended to be very good writers, but also because he spoke of them so compellingly that I was infused with a missionary-like zeal to go forth and find them a home in the Promised Land. 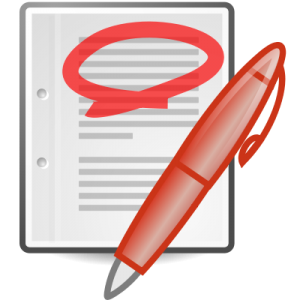 I had something closer to a friendship with Roger Straus Jr., one of publishing’s great characters. I saw him every time I came to New York, and once a year at Frankfurt. He was wonderful to look at, still handsome in his 60s, with a great mane of white hair swept back from his aristocratic forehead; but he was even better to listen to. When he talked about the latest book that had captured him, it was with the passionate enthusiasm of a boy, informed by decades of reading and publishing the best of world literature. I particularly remember him proselytizing about Nobel prize winner Elias Canetti, whose Crowds and Power Roger had published: one of the most important books ever written, he told me, which for once was not the usual publishing hype.

His language was famously profane. “Fucking” was his favorite adjective, which amused me no end. I wasn’t offended; this was the vernacular of my 20-something contemporaries, but it seemed wonderfully Bohemian coming from a man my grandfather’s age. His accent was unusual and reminded me of screwball comedies starring Cary Grant and Lauren Bacall. “Darling” he called everyone, but he pronounced it dahling; every new book on his list was mahvelous. As McPhee wrote, “his words wore spats.” It wasn’t an affectation; he’d been raised that way. His mother was a Guggenheim; his father’s family owned Macy’s. Playing superego to Roger’s id was his longtime assistant, the always elegant, always kind Peggy Miller. I loved going to their offices on Union Square, a warren-like space they’d outgrown long ago, crowded and dusty, with stacks of books everywhere. Random House’s offices were elegant, and I was always on my best behavior there, but visiting FSG felt like going home.

Roger was particularly loyal to his writers, whose backlists he kept in print regardless of economics. He liked to say he published writers, not books, and he must’ve said it often, because I remember hearing it, and so, in his memoir, does John McPhee. Roger meant it by way of contrast to his corporate competitors, bean-counters, he called them, and ruder names. He sought out great literature to translate, befriended the great publishers of Europe, and saw himself, I believe, as a leading citizen of the wider world of ideas. Certainly I saw him that way.

I was also a great admirer of Barney Rosset, head of Grove Press and the American publisher of T. H. Lawrence, Samuel Beckett and Henry Miller.  The first time we met was for lunch, not in one of the usual upscale publishing hangouts, but in a funky, blue-collar eatery near his office. Knowing of his epic court battles against censorship, which in the case of Henry Miller went all the way to the Supreme Court, I expected a fire-breathing dragon of a man; but Barney was a warm, bookish man with no interest in rehashing old battles. We started out talking enthusiastically about the Israeli writer whose rights he’d just acquired from me, and ended up commiserating with each other on the scarcity of translated fiction in the US and the provincialism of American publishing compared to European and Israeli.

Today there is, to put it delicately, a different publishing climate. Back when I was an agent, some important publishers, including FSG and Grove, were privately owned, and even those with corporate owners operated more or less autonomously. Now, after a generation of mergers, buyouts, and consolidations, we have the Big Six. I was representing Bantam in the ’70’s  when a marketing man was elevated to the post of publisher, instead of someone from the editorial side. The publishing world was shocked. “It’s the beginning of the end,” editors whispered. “It’s the writing on the wall,” others said. That sort of dichotomy hardly exists anymore, and to the extent that it does, the balance of power has shifted completely. In the past, publishers and editors like Roger Straus, Barney Rosset, and Bob Gottlieb decided what they wanted to publish and tasked their marketing departments with selling those books. Now, acquisitions are made by publishing boards that look hard at every prospect’s commercial viability.  There is less scope, it seems, for individuality and eccentricity, less loyalty to one’s writers, less time allowed for writers to find themselves and their markets.

And yet some things haven’t changed. I realized this over lunch some weeks ago with Tara Singh, my editor at Viking Penguin, who’s not much older than I was when I started my agency. She told me that what she loves most about her profession are the amazing people she works with. I always felt the same way. Though never been a particularly lucrative profession, publishing  has always drawn smart, well-read, intellectually curious people who are passionate about books. You can’t find much better company than that.

10 thoughts on “The Best Part of Publishing”