In a recent interview with Publishers Weekly, Claire Messud was asked a question about her novel, THE WOMAN UPSTAIRS, that she didn’t like. Would you, the interviewer asked, want to be friends with your protagonist, Nora?

Messud exploded. “For heaven’s sake, what kind of question is that? Would you want to be friends with Mickey Sabbath? Saleem Sinai? Hamlet? Krapp? Oedipus? Oscar Wao? Antigone? Raskolnikov? … If you’re reading to find friends, you’re in deep trouble. We read to find life, in all its possibilities. The relevant question isn’t ‘is this a potential friend for me?’ but ‘is this character alive?’”

Reactions followed swiftly.  A panel of writers was assembled by the New Yorker and asked to weigh in on the issues raised by Messud’s comments. Let us assume that the tactful tone of their opinions was uninfluenced by the fact that Messud’s husband, James Wood, is the literary critic for the New Yorker. Jonathan Franzen’s admirably brief remarks began, “I hate the concept of likability,” which will come as no shock to those who remember Franzen declining Oprah Winfrey’s endorsement on the grounds that her viewers were not the right readers for his book.

Margaret Atwood allied herself firmly with Claire Messud. “Intelligent readers do not confuse the quality of a book with the moral rectitude of the characters.… We love to watch bad people do awful things in fictions, that we would not like if they did those things to us in real life. The energy that drives any fictional plot comes from the darker forces, whether they be external (opponents of the heroine or hero) or internal (components of their selves).”

Donald Antrim seemed to suggest that concern over a character’s likeability arises from the author’s personal insecurity and need for approval.  “The author maneuvering for love is commonplace and ordinary, and the work of fiction that seductively asserts the brilliance or importance or easy affability of its creator is an insubstantial thing. I have no problem with liking a character. But if that’s the reason I’m reading, I’ll put the book down.” 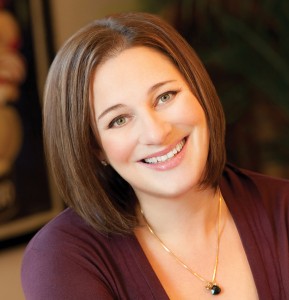 Next, in an article on Slate, best-selling author Jennifer Weiner weighed in on the side of likability, as one whose characters are often accused of same. She delivered short, devastating critiques of Messud’s latest novel and a memoir by Donald Antrim, along with a cringe-making quote from another Messud interview. “Don’t go around asking the question, ‘Is this character likable?’ and expect that to be compatible with serious literary endeavors,” Messud declared. “That’s not what it’s about. If you want self-help that’s going to make you feel good, or you want the Ya Ya sisterhood, fantastic, that’s a great thing to read, I have no complaints about that. But it’s not compatible with serious endeavor.” Weiner went on to deconstruct these words as “the latest code employed by literary authors to tell their best-selling brethren that their work sucks.” 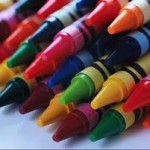 Her argument is against what she calls the “imagined popular/literary dichotomy.” The dismissive attitude of some female literary writers toward their more commercial sisters is not only pompous and self-aggrandizing, it also distracts from the real problems women writers face getting critical attention and respect. When publishers adopt the same attitude, the result is a narrowing of the field for all writers. “Authors are placed on one side or another of that pop/lit divide, and prohibited from using all the crayons in the box. They’re stuck with their particular color palette: pretty pastels if they write commercial fiction, and darker browns and grays to be considered literature.”

So where do I stand on all this? With one foot firmly in each camp, as it happens.

I agree with Weiner about the fallacy of the commercial/literary divide. My own books have been categorized variously as literary fiction, women’s fiction, and mystery. Those labels don’t define me as a writer; they’re just publishing shorthand for the convenience of booksellers and reviewers. Those of my novels critics deemed “literary fiction” are no better written than the ones called  mysteries. A poet is no less a poet for experimenting with different forms. Neither is a novelist. There is no dichotomy between literature and popular fiction; rather, there is a continuum calibrated not by genre but by the quality of the writing. 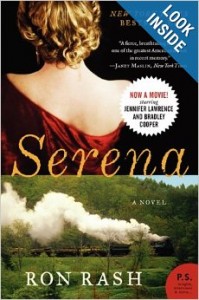 On the other hand, I agree with Messud and Atwood that the demand of some readers for likable characters is problematic for writers with a harder edge. I found Gillian Flynn’s GONE, GIRL to be a brilliantly crafted novel and totally compelling read. It sold like hotcakes, too, so millions of people must have agreed with this assessment. But on Goodreads and many other online forums, one criticism came up with surprising frequency: “I didn’t like any of the characters.” Well, duh! Flynn’s protagonist was a psychopath, the equivalent of a Tom Ripley. So was Ron Rash’s Serena, who for pure evil could spit in the eye of Hannibal Lector.  You’re not supposed to like such characters; you’re supposed to watch in fascinated horror as they operate. Their difference from us—rule-abiding, housebroken, socialized us—is sort of the point of books like that.

But there are all sorts of books, and it’s nonsense to say that great literature is incompatible with likable characters. Elizabeth Bennett, anyone? Jo March? The Glass family? It takes a jaundiced soul to dismiss a protagonist like Huck Finn on the grounds of excessive likability. 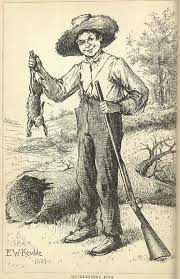 It also disturbs me when writers instruct readers on how to read. Readers and writers occupy separate spheres. Reading and interpreting is the reader’s domain, writing is the author’s. As much as I appreciate my readers and value their feedback, I follow my own muse while writing. Writers who don’t want to be told what to write or how to write it  should extend the same courtesy to readers, including reviewers and interviewers.

As it happens, I was interviewed by Publishers Weekly about my novel, A DANGEROUS FICTION, within a week or so of Messud’s interview. The questions were not, perhaps, what I would have chosen, but unless we go around interviewing ourselves, they never are. I answered courteously and as thoughtfully as I could, which I’ve always seen as part of the job. I could be wrong—snarkiness gets more attention—but it’s my own form of noblesse oblige.

Finally,  I would respectfully suggest that it’s better to let others praise one’s work as a “serious literary endeavor” than to do so oneself.

Thanks for reading! I post on my own irregular schedule, so the best way to stay up to date is to subscribe to the blog via RSS feed or email—links to the left.

Also, I’m delighted to announce that A DANGEROUS FICTION is now available on Audible.com. 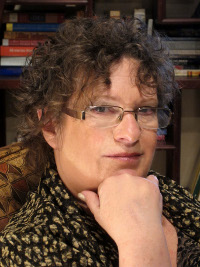 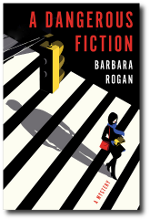 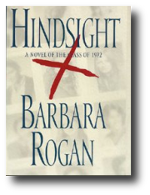 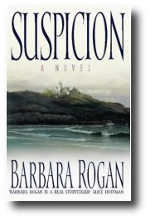