Ladies and Gentlemen, an announcement: The next online “Revising Fiction” workshop has been scheduled to begin on August 13 and is now open for registration. This workshop is for writers with a complete draft of a novel or a body of short stories, who want to work on bringing their fiction to the next level. 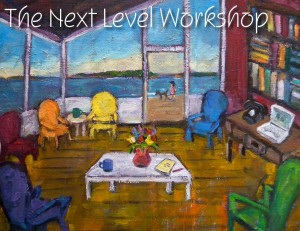 I’ll tell you more about the workshop in a minute, but first, a digression. At a party not long ago, I overheard two aspiring writers talking about difficulty of selling their work. “It’s all about who you know,” one said. “You can’t even get an agent unless you have got an in.”

“Totally,” replied the other. “They don’t even read the stuff that comes in over the transom. It’s a fixed game.”

I envisioned that scene in a Harry Potter movie in which Harry and Ron are whispering during Professor Snape’s class: not a smart move, when that character is portrayed by the inimitable Alan Rickman. He positions himself behind them, rolls up his sleeves, and in one swift motion bangs their heads together.

I myself refrained, with some difficulty. I’ve heard this claim so often, and it is so untrue and counterproductive. New writers get published all the time. Over the years, I’ve seen many of my writing students sell books that they labored over, sometimes for years; none of them had contacts in the industry. I’ve been in the writing/publishing business for over 40 years now, including 12 years as a literary agent. A lot has changed, but one thing hasn’t. While many factors are involved in an agent or publisher’s decision to take a chance on a writer, great writing trumps them all. 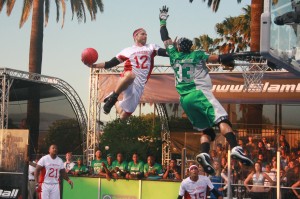 It’s hard; why wouldn’t it be? Getting published by one of the big five houses is to writers what playing professionally is to athletes. In addition to talent, you have to be at the top of your game to have a chance. Athletes train for years to reach that level. Some writers expect to achieve it with the first story they write. A very few actually do; they have that level of talent and ability. But most published writers have had to go back of the same book time and time again, or write another with the lessons learned from writing the first, before they break into publication.

Consider another comparison. Getting published commercially is to writers what a gallery show is to painters. Aspiring painters study their art. Writers? Not so much.

When I was an agent, the hardest submissions to deal with were the ones that came within a draft or two of being publishable: the almost-but-not-quite books. Editors don’t want to invest the time, or don’t have it to invest. Agents who give notes and ask for revisions have filled in the gap to some extent, but writers are still expected to learn the craft on their own dime. Editing is an essential part of the writing process, and the one most often neglected. First drafts are where writers capture the story, pin it to paper so it can’t escape. Subsequent drafts are where they turn that raw material into art. 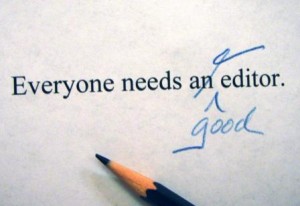 I’d like to believe that all writers understand the importance of editing. As William Zinsser said, “Rewriting is where the game is won or lost; rewriting is the essence of writing.” But it’s easier said than done.  Part of the difficulty for writers lies in getting the necessary feedback in order to raise their level of play. Another part lies in the fact that writers are often too close to their work to see it objectively.

That’s why “Revising Fiction” was the first workshop I created, with the intention of addressing both those problems. To succeed in this market—no, more than that, to succeed in their art—writers need to edit their work. This does not take the place of having one’s work edited by a professional editor, whether supplied by a publisher who buys the book or hired by a writer prior to self-publishing. That’s essential, because we only see what we see; it takes an outsider to point out what we don’t see. But revision, or self-editing, comes before that; it’s the final step in the actual writing of the book.

You can read more about “Revising Fiction” here, along with some testimonials from writers who’ve taken the workshop. Participants emerge with a much improved draft, along with tools they can apply to everything they write in the future. This is the most advanced workshop I offer, and it’s open to published as well as aspiring writers. Please note that the workshop requires a significant investment of time, typically 12 to 18 hours a week over 14 weeks—but that includes time spent editing your own work. If this sounds useful, and you have a finished draft, I’d be happy to hear from you. Applicants should include the first 5 pages of their mss. The workshop is limited to eight writers, because I spend a ton of time working with each; and I try to put together groups that are compatible but varied. It’s not always possible for me to offer every applicant a spot; but one way or another, you’ll definitely hear back from me.