It’s the time of year for lists and gift-giving, so I’m combining the two in this list of novels I loved this year. They’re not necessarily books that were published during 2012; in fact, some of them go back a decade or more  (which shows you how far behind I am in my reading.) They belong to no particular genre, but are simply my favorite ten books among the hundred or so I must have read this year, chosen because they blew me away and sent me scrambling to find other work by the author. As much as we moan and groan about the publishing industry, there is certainly no dearth of good fiction out there. I hope you find some books here that you’ll enjoy reading and giving.

OBLIVION by Peter Abrahams. This 2009 thriller features a brain-damaged detective. It works on every level.

BORDER CROSSING by Pat Barker. I believe I’ve read every book Pat Barker has written. She’s a writer’s writer, and one of the greatest living English writers, in my not-so-humble  opinion. 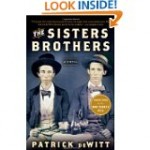 THE SISTERS BROTHERS by Patrick deWitt. Comic and tragic, a skewed Western.

THE SCOTTISH PRISONER  by Diana Gabaldon. Gabaldon is the most generous of writers, and this novel featuring Lord John Gray  is no exception.

GAME OF THRONES by George R. R. Martin, plus sequels. Don’t start this series unless you have a month or two to spare.

STILL LIFE by Louise Penny. This is actually the first in her mystery series starring Chief Inspector Armand Gamache of the Sûreté du Québec. Like I said, I’m behind on my reading. But having read the first, I’m scrambling to catch up.

THE DEVIL ALL THE TIME by Donald Ray Pollock. Set in the mid-1900’s, Pollack’s book has totally deranged killers, a cast of grostesque but fascinating characters and an unlikely hero. 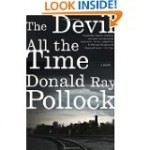 GONE GIRL by Gillian Ryan. Super-clever page-turner about the world’s most dysfunctional marriage. I also loved her earlier books.

THE PATRICK MELROSE NOVELS by Edward St. Aubyn. This collection of related novels contains the most brilliant writing I read all year, and he sure doesn’t shy away from the hard stuff.

That’s my list. How about you:  what stand-out books did you read this year?

6 thoughts on “MY YEAR IN BOOKS”