Long ago in a galaxy far away, I was a literary agent. One day, a writer who was not yet a client came to me for advice. “I wrote a novel,” she said. “Mr. Blank, of Blankety Press read it and liked it, and he wants to publish.”

The actual publisher she mentioned was a well-known, respected house with a track record that included bestsellers. “Congratulations,” I said. “What’s the offer?”

“They’ll publish the book entirely at their own expense.”

“Of course,” I said. “But what advance and royalties are they offering?”

“None for the first edition,” the writer said. “But if they reprint, they’d pay a royalty on those sales.” 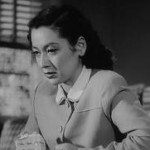 “But they’re such good publishers! And Mr. Blank explained to me that their expenses are so high on the first edition that they would lose money if they had to pay a royalty.”

“Does he get paid? How about the typesetters and the printers and the paper suppliers? Do they donate their services?”

“The distributor and the bookstores will take their cut?”

“And yet your story is what’s going to sell the book, not the paper or the typesetting. So why on earth should you be the only one to go uncompensated?”

“I know, but it is my first novel. Mr. Blank says it’s a way to get my name out there and start building a readership.”

I refrained from rolling my eyes. “Mr. Blank knows you can do that without giving your work away for free. He controls the price of his books, and he can take your royalties into account, just as he does for every other writer on his list.”

“But what if he won’t pay? I could lose my chance to publish.”

“It’s possible. But if the book is good enough that he wants to publish, there’s a reasonable chance others will as well. You can’t negotiate if you’re not willing to walk away.”

I understood that “but.” I was a writer myself, as well as an agent. I knew what it felt like. Writers need to publish; why else would they write? Writing is an act of communication, a transaction that is incomplete until the work is read. For first-time writer especially, the need to publish can feel as pressing as the need of a woman nine and a half months pregnant to give birth. You’ve carried that story as long and as far as you possibly can; now it’s time for it to go out into the world.

And guess what? Publishers know this, and they use it. They are, after all, in business to make money; so if they can persuade writers to donate their work for free, that’s one less major expense.

That, by the way, is one of many reasons that writers need agents. Having professional representation means that negotiations will be conducted on a more businesslike, less lopsided basis. 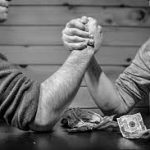 And that is what happened with that writer from long ago. Rather than tackle Mr. Blank herself, she hired me to do it. He wasn’t thrilled to have me inserted into the mix, but we did a lot of business together, so he didn’t kick too hard. We negotiated a reasonable advance and royalty for my client. The agency’s fee cost her 10% (Yes, Virginia, agents used to work for 10%), but since the novel never earned out, the 90% that the writer got to keep was money she would never have seen otherwise.

I was reminded of this incident recently when a friend — let’s call him Chester, because why not? — called to say he’d received an offer from a magazine that wanted to reprint one of his short stories. It was a fine little magazine, and my friend was delighted; but their effusive note had strangely failed to mention remuneration.

“And if they say there is none?” 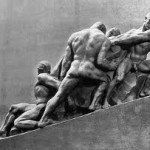 “The laborer is worthy of his hire.”

Chester agreed. He wrote to ask what the magazine proposed to pay for the story, expressing the hope that their response would not include the word “exposure.”

Silence ensued. Weeks of it, then months. Chester put the matter out of his mind, inured, like most writers, to disappointment. It’s not unusual that magazines, both print and e-zines, failed to pay contributors. So many aspiring writers are willing to work for “exposure” alone that they can fill their pages many times over while paying nothing at all for content.

Then, out of the blue, the magazine editor called Chester. They’d hadn’t ignored his question; rather, they’d been thinking hard about whether it was time to start paying contributors. In principle the unanimous answer was yes; in practice, given the magazine’s finances, the payment would need to be modest.

The editor named a sum. 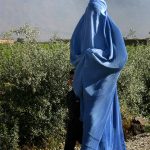 “You call that modest? I call it full burqa!”

“Better than a kick in the teeth,” Chester said philosophically, and the deal was sealed, leaving my friend, as one wit said, well on his way to becoming hundredaire.

And now a third and final anecdote on the same theme. A former student of mine, let’s call her Violet, had struggled long and hard to find a publisher for her first novel. She had no interest in self-publishing; she wanted a traditional publisher, preferably one of the big five. After trying more than 80 literary agents, she’d given up on that route and started submitting to small royalty-paying publishers who were willing to consider work from unagented writers. Finally she struck gold. A small publisher offered to publish her novel in both print and electronic form. They offered no advance, but paid standard royalties on all copies sold. 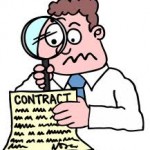 Violet asked if I would eyeball the contract just to see if anything jumped out. After the usual disclaimers (I’m not a lawyer and I’m no longer an agent) I agreed. And something did jump out: an option clause that gave the publisher right of first refusal not only on the next book, but on every book the author wrote thereafter.

“It’s the publishing version of indentured servitude,” I told Violet. “There’s no possible reason to agree to this clause. It would mean handing over control of your entire career to this company. Ask them to limit the option to your next book or cut it altogether.”

“But what if they won’t?” she fretted. “If it’s part of their standard contract… After all this time, I don’t want to lose a bird in hand for a pair in the bushes.”

“This stuff matters, unless you plan to be a one-book author. Options are inherently unbalanced to begin with, because they oblige one party but not the other. But writers and agents generally agree to a limited option on the next book, to incentivize the publisher to do its best for the first book. But this clause, this is just greedy, and it’s got ‘future headache’ written all over it.”

Violet took the advice she’d asked for and went back to her publisher, who promptly agreed to change the clause. Back in the Paleolithic era when I was an agent, publishers had different contracts for agented and unagented writers. They knew what the prospect of publication meant to aspiring writers, knew they’d sign away their firstborn child for the chance, let alone options on future unborn books.

Hence the overreaching. If by chance the writer objects, they amend the clause. Most don’t.

Now, as you’ve no doubt realized, the moral of these three stories is the same. There are times when writers must say no. (For a truly profane and heartfelt rant on the subject, I refer you to this video by Harlan Ellison.)

And so I call upon my fellow writers to take the pledge. Respect yourself and your work, for if you don’t, who will?

Say no to working for free.

Say no to rights grabs.

Say no to onerous option clauses.

Writers of the world, unite!

16 thoughts on “JUST SAY NO: A WRITERS’ MANIFESTO”