Why I Signed the New York Times Letter

On Sunday, August 10, an open letter to readers signed by over 900 writers appeared as a full-page ad in the New York Times. The letter does not take sides in the merits of the business dispute between Amazon and Hachette, but rather protests the collateral damage done to Hachette writers by Amazon’s tactics.

I was one of the signatories.

I signed the letter for a few reasons: First, out of empathy for the writers whose books recently came out or are about to come out with Hachette. Writers only get one chance to launch a book, and if the largest distributor in the country refuses to carry or discourages readers from ordering it, those lost sales will never be made up. So many things can go wrong during the publishing process, and they so often do, that any writer who’s been around for a while must empathize with those unlucky writers. (Or so you’d think…but I’ll get to that later.)

Second, because as a writer myself, I object to writers being used as cannon fodder. Self-serving, no doubt, but there you go.

And third, because what are the odds of me ever again being on the same list as Stephen King, Scott Turow, Barbara Kingsolver and James Patterson?

Kidding. I didn’t know who else was signing the letter when I added my name to it, though I was pleased when it came out to see that many writers with far more to lose than I were willing to append their names.

But I signed the letter with a heavy heart, because the reader in me loves Amazon. I love the company’s customer service and efficiency. I barely have time to think of a book before it is displayed before me, accessible at a click. Obscure backlist books by writers I love? No problem; if Amazon doesn’t have it, they’ll tell me who does. Endless bargain bins, daily specials, and unlimited bookshelf space in my Kindle: what’s not to love? I’m not alone in this. Lots of publishing people who consider Amazon the great Satan read submissions on their Kindles.

As a writer, though, Amazon scares me. I fear that in its relentless quest for low prices and ever-greater market share, it’s morphing into Walmart. It has also taken out whole sectors of the publishing eco-structure. First it discounted most brick and mortar bookstores out of existence. Then it took a shot at publishers themselves. The plan was to siphon off a cadre of best-selling writers, cutting publishers out by offering writers a much larger share of the profits. But the increased e-book revenue came at the expense of print book sales, as brick-and-mortar bookstores refused to carry Amazon’s books. A few writers went over to Amazon, supplemented by several best-selling self-published writers, including some of those currently spearheading the pro-Amazon campaign I talk about below. But on the whole, the attempt to cut out publishers fell flat.

There is, of course, one sector of writers that has been greatly helped by Amazon. The company has been hospitable to self-published authors from the very beginning. They do self-published writers the service (and readers, I would argue, the disservice) of not distinguishing in their listings between published and self-published books. Over 7000 of these writers have weighed into the dispute with their own petition, a pro-Amazon screed denouncing Hachette and “New York Publishing.” I’d like to quote and comment on just a few lines from that long petition:

“New York Publishing once controlled the book industry. They decided which stories you were allowed to read.”

Sounds awful, doesn’t it? Can’t you just see that committee of old white men locked in an airless board room, making their decisions about what you can or cannot read? It’s a good story, if you like dystopian fantasy. In fact, commercial publishing is made up of separate and competing businesses, including the so-called Big Five but also many smaller houses. Each of them is striving to do what all businesses strive to do: make a profit. Each buys the books it believes will be profitable. Each turns down books they deem commercially nonviable for their company. Because there is far more supply than demand, they are extremely picky about what they choose to publish. That is their business and their right.

One might argue that it’s also Amazon’s business and right to do whatever it can to maximize its market share and improve profits. It’s the nature of businesses to expand if they can; it’s what shareholders demand. The big chains Amazon crushed got where they were by gobbling up smaller chains. These are reasonable arguments to have. But point of the letter I signed is not to adjudicate the dispute between Amazon and Hachette, only to protest tactics that scapegoat writers.

“The establishment media and many big name, multi-millionaire writers are out in full force to spread this propaganda.”

This is also a favorite theme in the comment sections of many articles on the dispute, and it’s both revealing and absurd. Of the 900 or so writers who signed that open letter, maybe a dozen are household names in literate households. Of those, several are millionaires. But the vast majority of writers are working stiffs like me, who earn less from writing then they would have from almost every other field of endeavor they might have chosen. 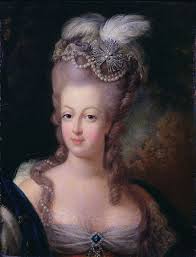 This is really one of the saddest parts of this dispute is the pitting of writers against one another. Everywhere you look you see writers bashing writers, or lecturing them on their true interests, which is about as much fun as being buttonholed by Jehovah’s Witnesses. “Amazon has democratized publishing,” wrote one typical commenter, while Big Publishing and its lackey house-writers fight to uphold an outdated, elitist model. Go ahead and picture Marie Antoinette gouging on cake while the people starve; you’re meant to.

Hachette writers have a direct interest in this matter. Commercially published writers do as well, since Hachette is only the first to take on what will undoubtedly be an issue of contention with all the other major publishers. But why would thousands of writers jump into a dispute in which they have no part, taking sides against their fellow writers?

I think the advent of self-publishing is on the whole a force for the good. Many I know have revived careers by reissuing backlist books, while others have launched their careers through self-publishing. It’s a great thing that writers now have options. Nevertheless, some self-published writers, despite impressive gains in market share, harbor enormous resentment against the trade publishing houses who declined to buy their work. They feel they are regarded as second-class citizens in the literary world, and when the opportunity presents to pile onto an embattled publisher, they seize it. This animus spills over to the “privileged” writers who do publish with those houses. Sympathy for Hachette’s unlucky writers? Let them eat cake, those writers scoff. They’re all rich anyway.

I wish! But let’s not go into that again. It’s a little-known but well-established fact that writers, when they meet, spend most of their time discussing, not literature, but money, which comes from having too little of it. Poets are the worst, because they make the least. What helps is the sense that we’re all in it together.

Something to think about.

Here are some good posts if you want to learn more about the Amazon-Hachette battle and what it means for writers.

Some book news to share: The ebook of A DANGEROUS FICTION is now just $7.99, and the paperback’s available as well, in stores and online. The launch of the paperback is drawing some renewed attention from critics, as well. This terrific review just came out from Joe Meyer of CT News. If you haven’t read it yet, summer’s awasting.

I am the author of nine novels, including A DANGEROUS FICTION, published by Viking and Penguin. I'm also a former editor and literary agent. Currently I teach fiction writing on my online school, www.nextlevelworkshop.com.
View all posts by Barbara Rogan →
This entry was posted in Amazon, Hachette, Mainstream publishing, Self-publishing, the writing life, Writers and tagged Amazon, Hachette, Self-publishing, trade publishing, Writers Beware. Bookmark the permalink.

3 Responses to Why I Signed the New York Times Letter