I’ve worn many hats, and with the exception of one ancient riding helmet, they all relate to publishing. I’ve been an editor (Fawcett Books), a literary agent, and a teacher of writing, in addition to writing my own books. Having sucked up that much experience, I am now an inveterate giver of advice.

I encourage my students and editing clients to stay in touch, and many do. In the past few weeks, I’ve heard some wonderful news from them, and also some worrisome news. 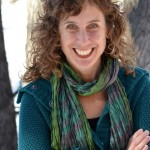 Janie Chodosh’s first novel, DEATH SPIRAL, was published by Poisoned Pencil Press, a new YA imprint of Poisoned Pen. She tells how it happened in this guest post.

Jenny Elliott was a student in one of my Next Level workshops, so I got to see her novel, SAVE ME, in its infancy. It was a gutsy, controv 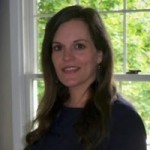 ersial novel in which the central romance is between a student and teacher. This made some of the other writers in the workshop uncomfortable, but Jenny, though wide open to constructive critique, was determined that this was the heart of the story she wanted to tell. That passion, and a lot of hard work, won her a contract with Swoon Reads, a new imprint of McMillan Children’s Publishing Group. SAVE ME will be coming out in January 2015. 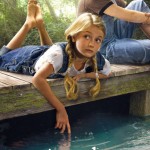 Mika Ashley-Hollinger’s wonderful novel PRECIOUS BONES, published by Delacorte, was featured by the Scholastic book club. Although it’s marketed toward younger readers, PRECIOUS BONES is a book for all ages to enjoy, and if you haven’t read it yet, you’re in for a serious treat.

The most recent bit of news I’ve heard is not yet for public consumption, but I will say that another talented, diligent former student has had some interesting offers lately. Can’t wait to share that one with you!

Of course, not all of my students go on to publish commercially. Some choose to self-publish, and recently I heard from several of them as well. Those were the worrisome messages.

Readers of this blog know my opinion that in most cases, publishing commercially is a better choice than self-publishing for emerging fiction writers. But not everyone has that choice, and some writers are unwilling to jump through the hoops required to gain an agent and a trade publishing deal. There is nothing wrong with self-publishing, so long as it really is self-publishing. By that I mean that while the writer may contract for specific services from various providers — editing, cover design, formatting, for example — the writer retains control of the book and is the publisher. Companies who will publish for you, for a fee, are known in the industry as vanity or subsidy publishers, although they will never call themselves that.

The trouble is, many writers cannot tell the difference between companies that offer services to self publishers, as opposed to vanity publishers. It’s not their fault; vanity publishers do all they can to obscure the distinction. Many of them call it a “new model” publishing. In the world of large commercial publishers, writers invest their time and talent to write a book, which either sells or does not sell. That’s the risk they take. If the book does sell, they get a nonrefundable advance on royalties and the services of top professional editors, designers, production, marketing and sales people. They don’t pay for those services. The publisher invests its own money, taking on some risk of its own and putting its money where its mouth is. The publisher has much to gain if the book sells well, and something to lose if it doesn’t.

In the world of vanity publishing, writers invest their time and talent in writing a book, then pay someone to publish it, doubling down on their investment. If the book sells, the publisher profits from each copy sold, but the publisher takes no risk and makes no investment in the book. All costs are covered by the writer, and the publisher builds in a hefty profit as well. Nice business model…for the vanity publisher. Not so nice for the writer.

Instead of publishing themselves, naïve writers often sign on with vanity publishers that offer a full package of services, supposedly akin to what a commercial publisher would provide its authors: editing, design, production and distribution. Marketing and PR are on the menu as well, for additional fees, naturally. Writers often sign on for minimal packages — production, distribution — that cost several hundred dollars; but once that deal is inked, the hard sell begins. What’s the point of publishing a book, writers are asked, if you don’t support it with marketing and PR? And the publisher just happens to have a handy dandy (and thoroughly useless) marketing package to offer for a few hundred or thousand dollars more. 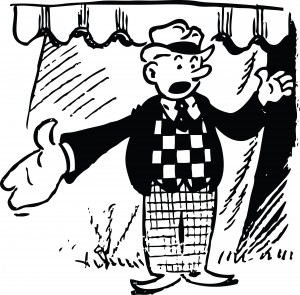 One of the largest vanity publishers revealed that its average customer spends $5000. Very few writers would sign on for that amount of money; the vanity publishers’ trick is to get them to commit to an inexpensive package and then upsell them.

This is exactly what happened to a former student of mine who chose to self-publish his book with iUniverse, a subsidiary of Author Solutions, which was purchased by Pearson and is now owned by the Penguin Publishing group. When his book was published and failed to sell, as most self-published books do, he was convinced by the company to buy a marketing package for over $1000. This produced no results at all. A short while later, the writer was contacted by another iUniverse salesman who offered him the opportunity to display his book at the Frankfurt Book Fair. He’d been told that his book was “specially selected” by the company’s editors for display because of its quality, and because of that he would be charged only $900 for the privilege. 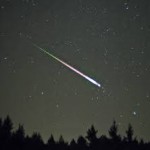 Knowing that I was a literary agent for many years, the writer contacted me to ask my opinion. Now, I went to the Frankfurt Book Fair every year for eight or nine years and I know it pretty well. The purpose of the book fair is for publishers and literary agents to sell translation rights of upcoming books. No one really looks at printed books—they’re far too busy interacting with colleagues and making deals for the upcoming books on next year’s lists. I doubt whether in the entire history of the book fair anyone has actually plucked a book off a shelf of a vanity press and said, “Hmmm, I think I’ll buy the rights to this one.” Writers have a better shot at being hit by a meteor than selling a book in that way, and of course the vanity publishers know that. They profit, not on book or rights sales, but on the hopes and dreams of writers who simply want to be read.

The salesman also told my writer that since the company now belonged to the Penguin group, their books were virtually indistinguishable to buyers. That would be news to esteemed imprints like Random House and Viking, who do not edit, sell, promote or market those books.

I told him what I thought. He’s not going ahead with the offer from iUniverse. I hope he spends that thousand dollars on a wonderful vacation instead.

Just a few days later I got a Facebook message from another former student. She’d had no luck querying agents and had decided on self-publishing. But the company she picked, Xlibris, is notorious for the same practices detailed above, and no wonder, since the two companies are both owned by Author Solutions. In this case the writer decided to go ahead anyway. I hope I have at least forearmed her against attempts, sure to follow, to sell her useless promotional and marketing services.

This month, the law firm Giskan, Solotaroff, Anderson & Stewart filed suit against Authors Solutions, their various imprints and their corporate owners for fraudulent practices, including “selling worthless services, or services that fail to accomplish what they promise.” They’re acting on behalf of three aggrieved writers but are seeking class action status and have asked other clients of Authors Solutions and their many imprints, which include iUniverse, AuthorHouse, Xlibris, Trafford, Palibrio and many others, to contact them. It will be interesting to see how that goes. Meanwhile, I hope that Authors Solutions corporate owners take a good hard look at some of their practices. 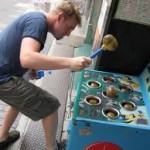 But really, trying to knock down these predatory companies is like playing whack a mole. No sooner do you knock one down then another Springs up in its place. As long as there is money to be made from writers’ fervent desire to publish their work, there will be unscrupulous people determined to profit from them. Writers have got to look out for themselves. Here are a few basic ways to do that:

Learn everything you can about any company you consider before you contact them. That means going much deeper than just looking at their website and reading their promises. Look at their books as well: order at least one printed and one e-book from the company and see how professionally they are produced. Contact several of their writers and ask them about the experience. That’s easy to do; writers are very accessible these days. Go into detail. How did their publisher deal with problems that arise during the publishing process? Are they accessible and responsive? Do they pay royalties in a timely fashion? Ask about sales numbers, if the writers are willing to share that information. If they’re not, that’s an answer in itself.

Check the company’s distribution and sales record. What distributors carry their books? (Don’t ask the company; look for yourself.) How many (if any) books have they had on the Kindle bestseller list? If the answer is few or none, ask yourself what they are doing for you that you couldn’t do for yourself.

Check complaints about the company. There are industry watch people who keep a close eye on these sort of predatory companies; take advantage of their hard work. The Absolute Write forum, Predators & Editors, and Writers Beware  are good places to start.

GET IT IN WRITING

It sounds obvious, but the salespeople from these predatory companies are experts in creating a sense of urgency. Don’t ever pay anyone anything without a contract in hand, and make sure you vet that contract carefully, or pay a professional to do it.

Any contract you sign should be time-limited. Even if the company you’re working with is a perfectly legit small publisher and not a vanity press, small publishers often go out of business, and writers can have a hell of a time regaining the right to their work.

If you’ve ever worked with any of these imprints, or if you have useful experience to share or questions to ask, I invite you to comment and join in the discussion.

And please do subscribe to the blog via links to the right for all sorts of useful stuff about writing and publishing.

If you’re interested in more information about my online writing workshops, drop me a line at next[dot]level[dot]workshop[at]gmail[dot]com.

One final note: I wanted to share this wonderful blog post by Professor Emeritus Mary Sisney, in which she compares my work to that of…actually, I’m embarrassed to say. You’ll have to read it yourself to believe it.