An Unorthodox Path to Publication

I love it when my students go forth and publish. They do all the work, and I claim all the credit.

Well, almost all. All except part where they work their butts off and never give up and spend years learning the craft every way they can, until publishers are clamoring to publish them and agents to represent them.

On that note, allow me to introduce my guest blogger, Amara Royce, whose first novel, NEVER TOO LATE, was published in May 2013 by eKensington, and whose second is under contract to the same publisher.  It’s a pleasure to welcome her to In Cold Ink. 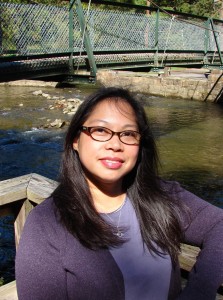 First, thanks so much, Barbara, for inviting me to be a guest on your wonderful blog! I always find your posts valuable, and I hope I can provide even a fraction of your insightfulness from my newbie-ish perspective in the publishing industry!

Note: I took one of Barbara’s fiction writing courses online through Writer’s Digest a few years ago. She’s an amazing teacher, as well as a fabulous author!

I readily admit that my experience in publishing thus far probably doesn’t appear typical. My historical romance, NEVER TOO LATE, was my first completed novel. In June of 2012, I began querying agents for NEVER TOO LATE. By September, a mere three months later, I’d obtained both a two-book deal with eKensington and three offers for agent representation. It was quite a whirlwind. In fact, I still haven’t really recovered.

But as we writers know, the devil is in the details. Taking a look at my own writer’s journey thus far, I’ve arrived at three observations that are not especially new or *cough* novel but that I think are important for me and perhaps for other writers to keep in mind on the road to getting published. 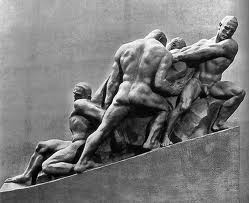 While it’s true that my first completed novel garnered a book deal, I actually began writing in 2006 in a completely different genre. Learning to be a good writer is hard work! And it’s not a linear process. I’ve had a lot of false starts and done a lot of writing just to learn the craft of writing. And knowing about the craft of writing isn’t the same as actually doing the writing part well. For instance, I now know that some newbie writers tend to start their story in the wrong spot, with backstory that would really fit better later in the story, if at all. In some cases, writers could cut the first three chapters of their manuscript and find that the event in chapter 4 is really a more compelling place to open the story, a much more engaging draw for readers. Still, knowing that tip is very different from writing the story. I’ve had to cut and restart more stories than I want to recall!

And, as a learning process, it never really ends. I look back on some of my early efforts and have to laugh at their roughness. Frankly, I look back on something I wrote last month and know I’m going to have to fix it! And I know that everything I write, as unfinished and raw as it might be, helps me improve as a writer. Sure, I had to shelve that short story or gut this chapter or set aside that stale idea for my next novel, but that’s all part of the process.

At every step of the writing and publishing process, fear and doubt have been my constant companions. I teach English at a community college so getting published actually strengthened my sympathy for my students. Whenever they submit essays and other writing projects, they leave themselves open to judgment, to grading. Even if they aren’t writing something personal, they are subjecting themselves to criticism (which I try to do as gently as I can). The querying process crystallized that vulnerability for me in new ways. Thanks to querytracker.net, I now know that I had a 30% request rate from agents so I know exactly how much rejection I received along the way (28 rejections from 41 queries). Do I have a compelling story? Is my writing any good? Is my story sell-able? Am I just deluding myself? Oh, so many self-doubts reared their ugly heads as those rejections rolled in.

Moreover, sharing my manuscripts with beta readers, with my agent, with my editor, and finally with the reading public lays that work out for judgment over and over and over again. (I use the present tense here very deliberately. I continue to face this judgment daily.)

I thought the self-doubt during the query process was bad, but having my work out there for readers to *buy*…is absolutely terrifying!  Even after all the editing and feedback, I can’t help but wonder what I missed, what I did wrong, what I should have done better. People who know me are inclined to be gentle with their criticism; readers who are spending their hard-earned money and reviewers whose job is to serve those readers and not to mind author’s egos have no such compunction about gentleness. Nor should they. NEVER TOO LATE has received some really lovely reviews that I treasure; it’s also received some harsh reviews that are painful, that cut to the heart of my worst fears as a writer, but that will help me continue to grow as a writer. All the self-doubt, the vulnerability, is just part of the experience of being published that I have to manage for myself.

Writing is worth the effort 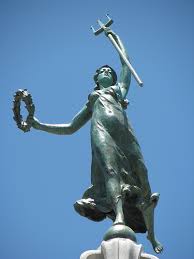 As difficult as the journey to publication may be, I have to say that, for me, it’s worth every second. Every stage of publication has been wondrously surreal for me.

Note: What I did is generally not recommended. After querying agents for a couple of months, I got a teensy bit impatient and queried some publishers that accept unagented submissions. I still don’t recommend it. Yes, it’s a case of “Do as I say, not as I do.” If you want an agent to represent your work and to strive to sell it to the best publisher possible, focus on that first. I just happened to go a slightly different route.

My “The Call” story is a little unusual in that I got “The Call” from my editor at Kensington with a two-book offer for their eKensington imprint before I had agent representation. In fact, when Kensington’s editor-in-chief, John Scognamiglio first called me, my mother was coming to visit my family for a week and I was on my way to pick her up at the station. Yes, I was driving. I know, I know. My only excuse for picking up is that I thought maybe it was my mother with an important travel update. When it turned out to be John, I must have sounded like total stammering flibbertigibbet, one who had to get off the phone immediately because I’d answered while driving. Fortunately, John was kind and understanding, and we scheduled a phone call for the following day. As an avid list-maker, I had lots of questions about the deal, and John patiently answered all of them.

This was during the week prior to Labor Day and John needed an answer in time for the next editorial meeting, so I had a short time in which to update agents who had requested my manuscript with the news that I had an “offer in hand.” Sure, I could have taken the deal without an agent. I could have just had a literary attorney review the contract for me. But I’d started querying agents for a reason: I wanted agent representation to guide me in my writing future. So, after sending out updates, I received emails from three agents to schedule “The Call.” That was a stunning and hectic couple of days! Again, I had a long list of questions, and each agent patiently responded and gave me detailed information about their agencies and their practices. To say it was difficult to choose from them is an understatement.They each had their strengths and appeals, and they each talked not just about the deal in hand but about helping to foster my career. In addition to the nitty-gritty provided in these conversations, two additional things in 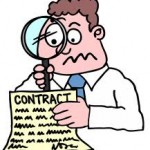 particular helped me decide: (1) looking over their sample contracts, which two of them provided without hesitation (the third doesn’t use contracts—which isn’t necessarily a dealbreaker—it’s just how some agents work), and (2) talking with other authors they represent, who generously shared with me their time, experiences, and perspectives. I’m sure I would have been in good, competent hands with any of these agents, but based on all of the information, my scale ultimately tipped in favor of my agent, Jessica Alvarez of BookEnds, LLC. Everything about her, about BookEnds, and about the authors Jessica represents, conveyed a sense of generosity and support and togetherness that really spoke to me, reinforcing the all the data I’d gathered. Those aren’t necessarily qualities everyone dreams of in their literary agent, but they were the key to the “right fit” for me. And I’ve been thrilled to work with Jessica and BookEnds ever since!

Looking back, it’s hard to believe all of that happened within, essentially, a week. And it’s been a dream ever since.  Working on edits; reviewing page proofs; seeing NEVER TOO LATE listed on Amazon, Barnes and Noble, and other e-booksellers; getting my first royalties statement—it’s all been breathtaking.

And it starts all over again with my next book, ALWAYS A STRANGER, for which I will likely receive edits this month! Wheeeeee!

This is the part that makes writing—all the hard work and fear and doubt—worth every second.

Thanks, Amara, and congratulations!

You can learn more about Amara Royce and her books on her website.  For more on my classes, please visit my Next Level website; and don’t forget to subscribe to this blog for irregular updates, writing tips, and real life stories from the publishing world. If you enjoyed this interview, there are lots more here, including chats with OUTLANDER author Diana Gabaldon, Simon & Schuster president Marysue Rucci, and literary agent Gail Hochman.

I am the author of nine novels, including A DANGEROUS FICTION, published by Viking and Penguin. I'm also a former editor and literary agent. Currently I teach fiction writing on my online school, www.nextlevelworkshop.com.
View all posts by Barbara Rogan →
This entry was posted in Digital publishers, Interviews, Literary Agent Search, the writing life and tagged Amara Royce, Digital publishing, literary agent search, Next Level Workshop, trade publishing, Writers Beware. Bookmark the permalink.

8 Responses to An Unorthodox Path to Publication