Launching a Novel, Then and Now

Last week my new novel, A DANGEROUS FICTION, was published by Viking Books. Exactly ten years ago, Simon & Schuster came out with HINDSIGHT. The contrast in these experiences, from this writer’s perspective, is astonishing. 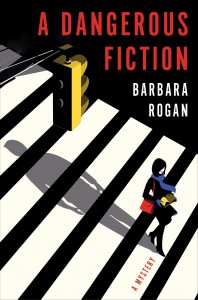 I’m not talking about the difference between the publishers. Each book launch is a unique experience, depending on the team members. I’m talking about the difference ten years has made to the publishing scene. HINDSIGHT came out before the explosive spread of social media.  Facebook, Goodreads and Twitter didn’t exist. Ebooks didn’t exist. Amazon was just an online purveyor of print books. Writers didn’t blog; few even had websites. There was no way for readers to contact writers except through letters sent via their publishers; nor could writers reach out directly to readers. The only time I ever met my readers was at personal appearances, book signings and the like. The only reviews were newspaper and magazine reviews, which took weeks, even months to appear. Once the book was published, it was totally out of the writer’s hands. Consequently, the period immediately following a book’s publication was a curiously barren one, empty-nesthood for writers. There was nothing to do but sit and wait for print reviews to trickle in, or not.

What a difference ten years has made! The first reviews of A DANGEROUS FICTION came out before pub date—not just in PW, Library Journal and Booklist, which review for the trade, but also on popular blogs and sites like Goodreads. On pub date there was an avalanche of dammed-up reviews, followed throughout the week by a steady stream as more people read the book and blogged about it.  Dozens of readers contacted me directly through email, twitter, and comments on my blog. Others posted reader reviews on Goodreads and Amazon. The feedback was immediate—and, I will add, deeply encouraging. I can’t share all the reviews in full here, (much as my ego would love that!) for copyright reasons and also because really, who but a mother would want to read every word of every review of mine? Instead I have taken brief excerpts from all the reviews I’ve seen so far and compiled them here to share with you. If you’ve seen any others, do let me know. Many thanks to the authors of these reviews for spreading the word.

I know writers who claim they never read their reviews, and I’m sure some of them are telling the truth.  I’m not of that camp. If someone has taken the time to read my book, think about it and write a review, I want to hear what they have to say.

So here are the reviews, along with a few pictures from the events surrounding the book launch. Speaking of which, I have a reading  in NYC at the Mysterious Bookshop, 58 Warren St. NY Wed. Aug. 7 at 6 PM. Do come if you’re in the area. You don’t want me reading to empty chairs and answering my own questions, do you? 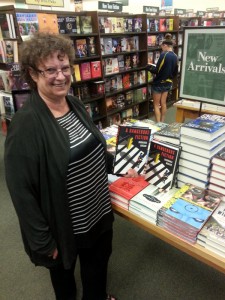 “Required Reading: A glamorous New York literary agent has a lot to fear — and not just from really bad novels. In Rogan’s thriller, uber-agent Jo Donovan finds members of her uptown inner circle brutally murdered shortly after she rejects a manuscript. But things may get worse: She is certain the detective sent by the NYPD is not New York’s finest. In fact, he’s her ex-boyfriend. You might want to lock your door.” —New York Post

“Rogan does a masterful job of juggling the mounting suspense with a full-bodied portrait of New York literary life and Jo’s complex backstory as the widow of a major novelist in the Norman Mailer/Philip Roth mold. The fresh setting, the tricky plot, and the strong characterizations make “A Dangerous Fiction” one of the outstanding mysteries of 2013.” —- CT News http://blog.ctnews.com/meyers/2013/07/29/a-dangerous-fiction-stalking-murder-in-manhattan/

“VERDICT: This literary mystery veers back and forth between insider-gossip tone …and genuine terror at warp speed, fulfilling many of the requirements for a perfect beach read.” —Library Journal http://reviews.libraryjournal.com/2013/05/books/genre-fiction/mystery/mystery-reviews-may-1-2013/

“You won’t get much argument from anyone (including writers) that writers are crazy — but the writer stalking New York literary agent Jo Donovan seems especially bent on harm….Rogan does give readers a lot of insider publishing tidbits and provides a very likeable and believable protagonist in Jo.” —Cleveland Plain Dealer http://www.cleveland.com/books/index.ssf/2013/07/karin_slaughter_mike_lawson_an.html

“Someone in the New York publishing world is targeting literary agent Jo Donovan, the appealing, empathetic narrator of this clever mystery from Rogan (Suspicion), herself a former book editor and agent. “ —Publishers Weekly http://www.publishersweekly.com/978-0-670-02650-0

“If you love a tautly-spun web of deceit and revenge, put A Dangerous Fiction by Barbara Rogan at the top of your summer reading list….Rogan’s book takes you by surprise as she deftly reveals the publishing world, sprinkles around red herrings, and makes you question the secrets you may have forgotten from your own past.”– Dolce Dolce http://www.dolcedolce.com/?tag=a-dangerous-fiction-by-barbara-rogan-review 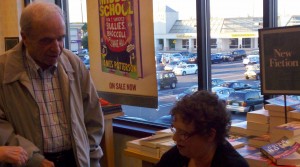 “I read a lot of great books, but this one is outstanding! I resented every moment I had to be away from it—and I read it from cover to cover today….A Dangerous Fiction will get my vote for best mystery novel next year.”—Meritorious Mysteries, http://mysteryheel.blogspot.com/

“We love this new series from Barbara Rogan—how can you go wrong with a literary agent turned PI? Jo Donovan is one of the most successful literary agents in New York City, and she’s being stalked by one of her clients. When her stalker starts to harass her other clients, Jo finally turns to the police—where an ex-lover is now an NYPD detective. This is one you won’t want to put down.”—Shelf Pleasure http://www.shelfpleasure.com/news-new-releases-7-23-11/

“This story had me turning pages at a fast and furious pace. I finished last night and could hardly wait to start spreading the good word for A Dangerous Fiction… If you’re searching for a smart and snappy summer read, this is the one to watch for, folks.” — http://livingreadgirl.blogspot.com/2013/07/barbara-rogan-opens-page-to-dangerous.html 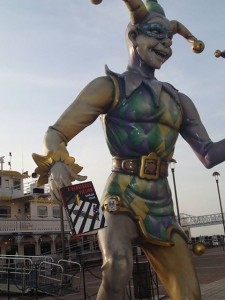 “I loved getting behind the scenes of the publishing world, from the agency’s monthly ‘slush-pile’ meeting where submitted manuscripts are waded through (and mostly discarded), to glittering book launch parties.” —Crime Fiction Lover http://www.crimefictionlover.com/2013/07/a-dangerous-fiction/

“It’s cliched to say ‘I couldn’t put it down!’, but that’s how I felt about A Dangerous Fiction. Rogan brings an insider’s keen view, pulling the reader into the New York publishing milieu with all of its jealousies, intrigue, excitement and larger-than-life personalities. At the heart of the story is a woman’s need to uncover the truths about her own life, even as she’s the target of malevolent foes she can’t identify. Danger, suspense, romance and the deep bonds of friendship–A Dangerous Fiction has it all.”  —Darlene Marshall http://darlenemarshall.blogspot.com/2013/07/review-dangerous-fiction.html

“A Dangerous Fiction is a witty and intense mystery full of twists and turns and a few omg moments. …One minute I was laughing and the next I was crying….I recommend this book to everyone, but especially those of you who are avid readers, writers, or interested in the publishing industry.”—It’s a Book Life http://itisabooklife.blogspot.com/2013/08/review-dangerous-fiction-by-barbara.html

“Sometimes, but not often, you open a book, read the first few pages, and know without a doubt that you will thoroughly enjoy a book. A Dangerous Fiction by Barbara Rogan was just that sort of book.” —The Picky Girl http://www.thepickygirl.com/?p=3134

“There is behind-the-scenes quality to the book that is fun and informative.  The thriller aspect of the novel had me jumping at noises in my house…This is a good, solid mystery with great characters and I hope there is a sequel in the works.”  —Shari’s Book Notes http://sharisbooknotes.blogspot.com/2013/08/a-dangerous-fiction-by-barbara-rogan.html 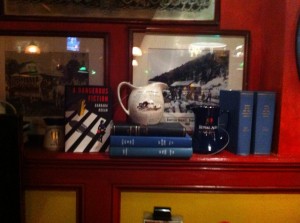 “Smashing new thriller…Every aspect of A Dangerous Fiction works together and works so wonderfully well. Rogan’s experience as a literary agent provides a fascinating look at how the business works….marvelously realized….Just make certain you have time set aside when you start A Dangerous Fiction because this fast-paced novel is the kind you don’t want to put down until the last page is read.”— Lynne’s Book Notes http://lynne-booknotes.blogspot.com/

“Readers who take this one to the beach should find themselves engaged, entertained, and enlightened.”—Reviewing the Evidence, http://www.reviewingtheevidence.com/review.html?id=9753

“I have never read a novel from cover to cover at one sitting in my life…until last night.”—Donna Rubino blogspot  http://www.donnarubino.com/recent-reads-2/#comment-42

If you’ve read A DANGEROUS FICTION and you’re waiting for the next Jo Donovan story, be assured there’s one on the way. In the meantime, you might enjoy one of my other books. Five of them have been reissued as ebooks and paperbacks, including SUSPICION, a mystery and a ghost story combined, and CAFE NEVO, my family’s favorite and a book that earned praise from Alan Sillitoe, Alice Hoffman and Madeleine L’Engle.

I am the author of nine novels, including A DANGEROUS FICTION, published by Viking and Penguin. I'm also a former editor and literary agent. Currently I teach fiction writing on my online school, www.nextlevelworkshop.com.
View all posts by Barbara Rogan →
This entry was posted in A DANGEROUS FICTION, Barbara's books, Reviews and tagged A DANGEROUS FICTION, Viking/Penguin. Bookmark the permalink.

22 Responses to Launching a Novel, Then and Now