In my eternal quest for procrastination, I turned this morning to Slushpile Hell, a site to which writers have turned from time immemorial (since 2010) for a hearty laugh and a pleasant glow of superiority. The query letters on this site are so bizarre, clueless and illiterate that I would be tempted to believe the agent who curates them made them up, had I not been an agent myself for many years, during which time I received similar letters.

We passed those around the agency, I will admit. Agents do. It’s gallows humor of the sort ER doctors used to blow off steam. Outsiders, listening in, might have thought us heartless, but outsiders never had to wade through a literary agent’s slush pile, which for people who love literature and language is as much fun as vivisection is for animal lovers.

So I went to the site and read some of the letters and laughed at the snarky replies; but at the same time found myself feeling sorry for the clueless writers of those queries, which seemed to fall into two general categories: the misled and the misbegotten. 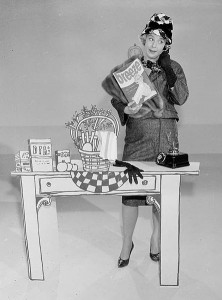 The misled are the writers who believe they have to sell themselves to the agent the same way you’d sell detergent. They praise their own work, which to any professional is a cringe-making gaffe that screams Amateur! “This book is different from all other books; this book will make us both rich; this book will make you laugh and cry; this book is far better than the drivel put out by [insert name of best-selling author].” Real writers don’t talk about their work that way. They let it speak for itself. It’s not impossible that the author of such a letter could have written a good book, but it’s unlikely that any agent will asked to read it.

The misbegotten are those of whom it is said “everyone has a book in him.” Perhaps everyone does, but that doesn’t mean they should let it out. Some query writers seem completely unaware of their ineptitude with the language. Anyone who would send an ungrammatical, misspelled, totally incoherent query letter cannot possibly have written a book worth reading; and there are many examples of these on the website. Other query writers are  delusional people drawn to writing in order to propagate their delusions. Every agent who’s been in the business for any length of time has received book proposals from messianic messengers of doom and revelation. These are often but not always religious, but they all have discovered the secret to life. Those letters range from sad to bizarre to scary, depending on the writer’s philosophy.

Speaking of misbegotten messengers, I’d like to give a shout out to my son’s alma mater, Vassar College, which was recently targeted by the Westboro Baptist Church, those lovely folk who like to picket the funerals of American servicemen. As a direct response to this group’s action, Vassar students and alumni raised  over $100,000 in a matter of weeks for the Trevor Project, an organization that helps LGBT youth. Way to make lemonade out of lemons, Vassar!

Writers who are currently seeking agents should not be deterred by sites like Slushpile Hell, but rather learn from them. These days there are so many excellent resources for writers available online that there’s no excuse for cluelessness. Before you send that query, run it by the savvy folks on Absolute Write, Agent Query, or CompuServe’s Books and Writers forum. You can also find a lot of advice on writing query letters on this blog—just click on “query letters” in the categories box to the right— with additional resources listed here.

Writing a decent query letter isn’t rocket science. It’s a business letter, not a confessional. From the perspective of top agent Gail Hochman : “A letter that is interesting to read means the writer might have something interesting in his manuscript.” If you present yourself as a reasonable, interesting person with a compelling story to tell and enough pride in your writing to compose a letter with flawless grammar and punctuation,  agents will want to read your work.

Or won’t they? Let’s hear about your  experiences with query letters and agents.

18 thoughts on “Query Fails: Why They Happen”