Writers are known to live in their own worlds, so giving them a country of their own seems a modest enough proposal. Indeed, as they have created so many worlds for the benefit of others, it is the least society can do to repay them. The location of this Republic will require consideration. A corner of Belize would be ideal, that country permitting, but other venues may be proposed.

As for the laws and mores that will govern such a Republic, I will have to group-source that project; the concept is too large for one writer’s brain. But here, in no particular order, are a few opening suggestions: 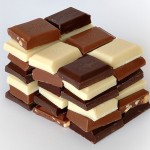 3. Safety: Crossing guards at all intersections for writers lost in thought or reading as they walk. (Foreign crossing guards, naturally. Natives would be useless.)

6. Gun laws: Imaginary weapons only, but no limit on those.

7. Sustenance: A chicken in every plot.

Delighted to inform you all that A DANGEROUS FICTION is now out in Penguin paperback: perfect for book clubs, if you belong to one–I’ll even skype-bomb the discussion if I can. You can read the opening here.

I am the author of nine novels, including A DANGEROUS FICTION, published by Viking and Penguin. I'm also a former editor and literary agent. Currently I teach fiction writing on my online school, www.nextlevelworkshop.com.
View all posts by Barbara Rogan →
This entry was posted in Uncategorized. Bookmark the permalink.

26 Responses to Republic Of Writers