Publishing as a Career for Writers

In a recent blog post, Donna Shear, director of University of Nebraska Press, advised aspiring writers not to work in publishing, but rather to seek their day jobs in other fields. She offered a list of reasons to back up her argument, all perfectly sensible.  Recently, though, I mentored a young writer in an MFA program who asked my advice on seeking a career in publishing, and my answer was the polar opposite.

“It’s a great way to go,” I told him. “Not right away: you have to live life before you can write about it. Have some adventures first. Find something that scares you and do it. Live someplace where you don’t speak the language; travel.

“But after that,” I said, “when the time comes to choose a career, publishing makes a lot of sense.”

It’s counterintuitive, I know. Publishing is an industry in flux, almost in crisis; and even in its heyday it never paid well. Still, for seriously aspiring writers, it’s a brilliant choice. Here are ten reasons why.

2. Since aspiring writers usually start out as avid readers, publishing as a career has obvious appeal. Even among successful, well-published writers, only a tiny minority can live on what they make from writing, so the day job had better be satisfying in itself.

3. You will learn to speak Publishing, which has its own distinct lingo.

4. You’ll have the satisfaction of helping other writers along the path to publication. Publishing folk take great pride in the successes of “their” books. It’s good karma, too; what goes around comes around.

5. You’ll meet all sorts of people who can help you professionally: agents, editors, publicists and marketing mavens. None of them will take on a bad book as a favor; publishing is a bottom-line business, and professional courtesy only goes so far. But if you’ve got the chops as a writer, having friends in the industry can give you a big leg up. 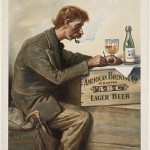 6. Working in publishing will make you a better writer. Other people’s mistakes are always easier to see than one’s own. Editing sharpens the critical eye you need to apply to your own work.

7. It will make you a smarter writer, too. You’ll witness writers making every possible career mistake. When your turn comes, you’ll be savvier. There’s an old Jewish saying: It’s better to learn to shave on someone else’s beard. 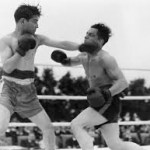 It will take you out of yourself. Many writers are natural observers, fly-on-the-wall types. The isolation inherent in writing can exacerbate this tendency. Working in publishing will teach you to speak up, lean in, even land a punch now and then (metaphorically speaking, for the most part.)

9. The people you’ll meet, the places you’ll go! I worked in publishing on two continents before starting my own literary agency. Apart from nearly starving the first year or two, I had an amazing career until I gave it up to write full time. I traveled widely, sold hundreds of books, and met writers, publishers and agents from all over the world, including people I’d admired all my life.

The pay’s a joke, especially in junior positions, but this profession has never attracted people whose primary motivation is money. The publishing people I know are smart, passionate, intellectually curious people who at some point in their lives were gobsmacked by a book and never got over it. You can’t find much better company than that.

If you’re curious about my publishing career,  this post may be of interest.

I am the author of nine novels, including A DANGEROUS FICTION, published by Viking and Penguin. I'm also a former editor and literary agent. Currently I teach fiction writing on my online school, www.nextlevelworkshop.com.
View all posts by Barbara Rogan →
This entry was posted in Mainstream publishing, the writing life, Writers and tagged Digital publishing, Publishing, trade publishing, Writing life. Bookmark the permalink.

5 Responses to Publishing as a Career for Writers